This is an existing charity that was renamed after the earthquake. The charity was set up 10 years ago by Matsumura san, who is referred to in our visit to Ishinomaki report on 21st April. The original charity ran sports camps for less able children and has gone on to organise many other events since the earthquake. Matsumura san’s family are themselves refugees living in a refugee camp so they can understand very directly what problems everyone is facing. You can see a blog (in Japanese) with good photos showing their life since the earthquake.
More info HERE

It is his belief that children will be the key to improving the situation for the future. If the children can enjoy sports camps in the current situation, the positive atmosphere will benefit everyone and they can all be optimistic about their future. He has had a lot of support from professional sportspeople making appearances at the sports camps, and donations for sports equipment. If possible we would also like to facilitate volunteers visiting from overseas so help run the camps.
Funding required: Sports equipment and volunteer costs allowance.
July 2011 Update: Alongside the Wanpaku smile project (as described below) Matsumura san’s family have been organising a huge variety of events to help the evacuees. As an evacuee, he has become the leading spokesperson for his own evacuee centre and is working hard to promote the interests of all evacuees. You can see a translation of a document he prepared describing the problems currently faced: Pages 12 & 13

Meanwhile his nephew organised a large event called “Stand up week”at the end of July as part of the Ishinomaki 2.0 project to help rebuild the town; http://ishinomaki2.com/

This project has been set up by Mr Matsumura, the owner of a sports shop in Ishinomaki and director of the non-profit organisation, Ishinomaki Promotion of Sports Centre. “Wanpaku” is a term that is often used for small children and animals and refers to them running around in an over-excited way. 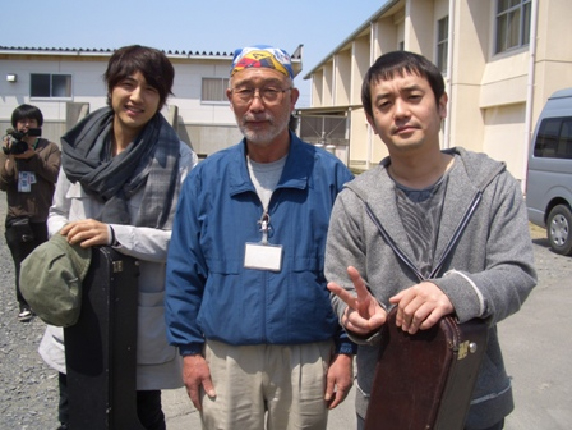 So far they have been involving boy scouts and well known sports personalities in their camps and they need more funding and help from volunteers to develop this project further.

We are particularly keen to support this project because Mr Matsumura and his family are refugees themselves. Their house was washed away and the tsunami almost reached the ceiling of the ground floor of the sports shop. Mr Matsumura became a natural leader in his own refugee camp working to improve their situation when the authorities were struggling just to find out who had survived. He has a very good understanding of what refugees need now and it is his belief that by making enjoyable and exciting activities for the children this will carry over to make a much more positive environment for everyone. It is also well known that being physically active is one of the best ways to relieve the stress of daily life in refugee camps. This will be vital to help them to look forward and start rebuilding their future. 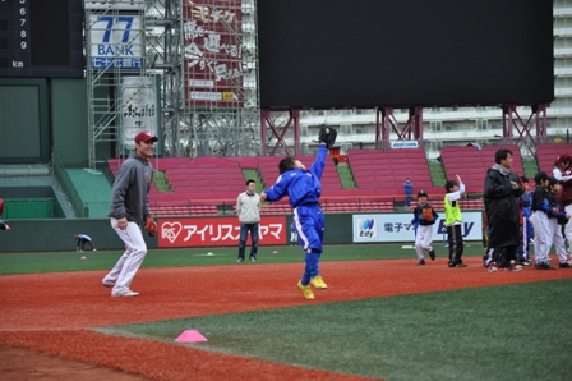 The next entry is 10 days after the earthquake… 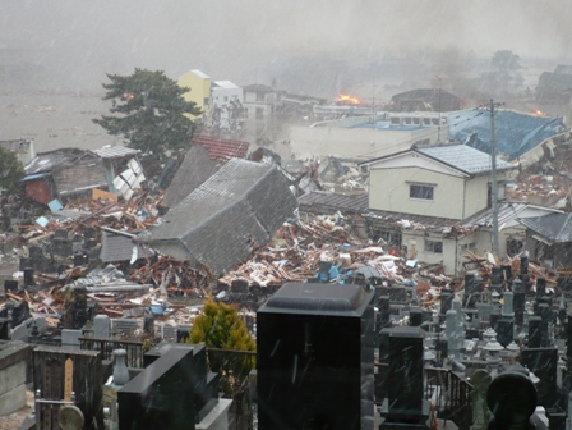 This astonishing photo is taken looking over a cemetery through falling snow. 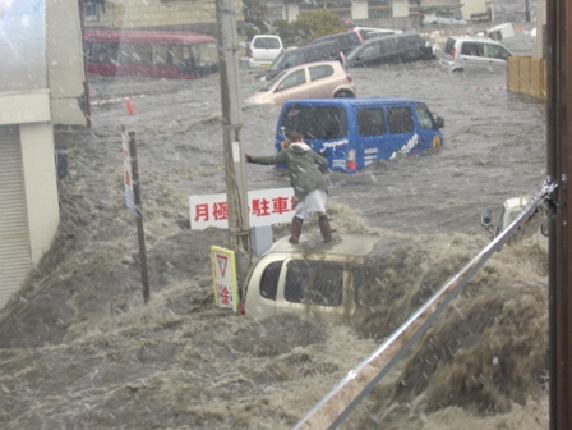 This is a picture taken from the upstairs of the sports shop where they took refuge after their house was washed away.

Now they are doing all they can to make a better life for everyone around them. 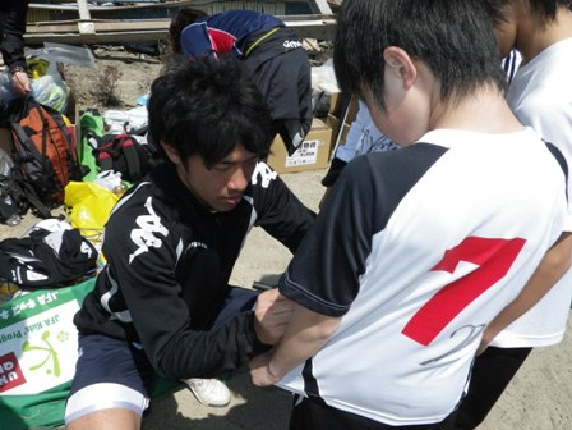 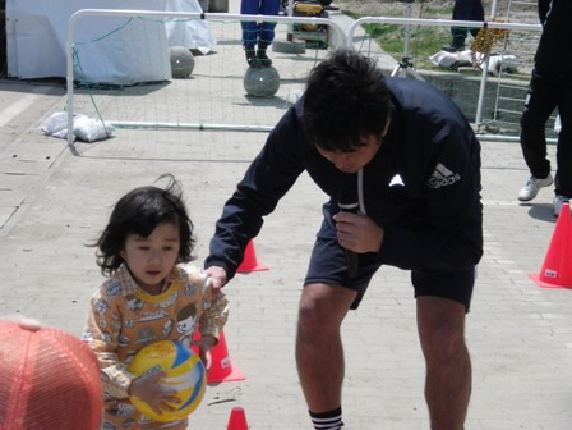 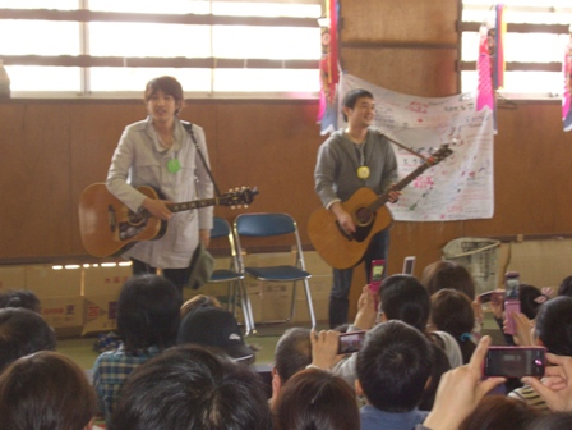 Too excited to listen to the rules! ~ A concert they arranged in a refugee camp

They are also thinking deeply about how other refugees can help their local community in other ways and how to support them. They have been involved in many other activities to help however they can. In their latest email they have stated that whenever work can be done by refugees, it should be and any funded staff will indeed be refugees themselves. This is important for their own pride, confidence and regeneration.

When I met him, I was astonished to hear that Mr Matsumura is 70 years old. All the staff in the sports shop are working hard to support the project and we have no doubt that with the right support he will also be able to inspire many others to do great things too. 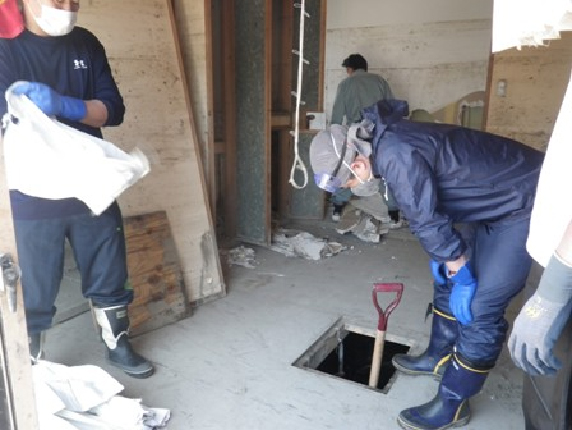 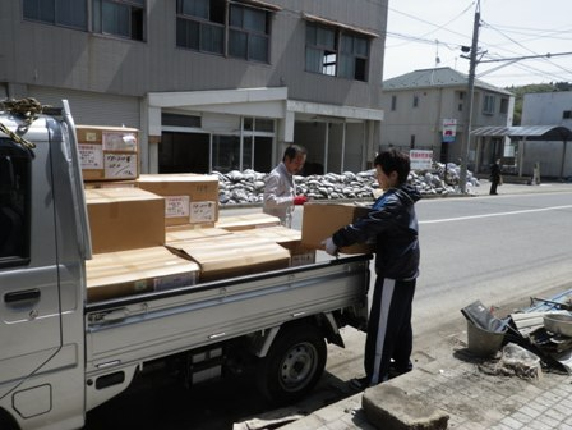 Their website (Japanese only) gives update information on their progress;
http://www.i-support.or.jp/
On 13th May they had raised around 2,500,000 yen (about US$20,000) and received around 3000 items of sports clothing and shoes

They would like to have 1 or 2 permanent staff and premises to organise the camps and support others looking to set up self-help projects. It is typically Japanese to be modest in their requests for help and I strongly believe that more staff would bring huge local benefits in the medium and long term.